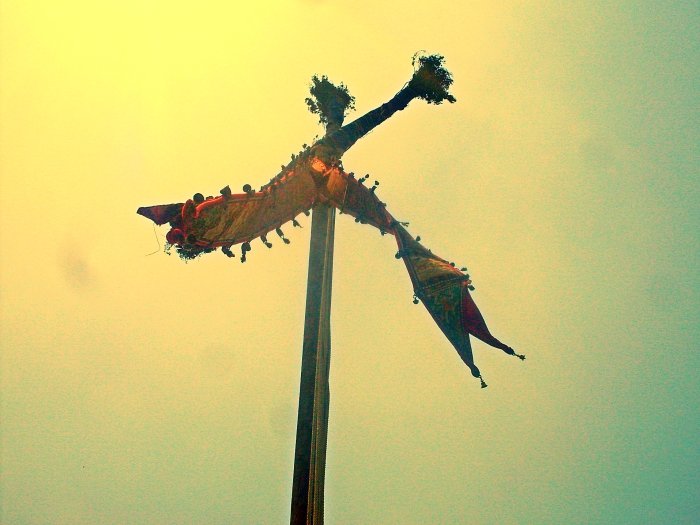 When we start a work, it’s always normal for us to want to make it perfect. We don’t want other people to view it until it’s perfect.

Since I took the challenge to blog daily for a month, I have been learning to kill the perfectionist inside me — I have to, or else I won’t be able to post everyday. It would usually take around a week for me to write a post, and I wouldn’t post it until it was perfect.

If I try and make every blog post perfect then I won’t be able to publish it.

I had to learn to ship my work, even if it wasn’t perfect.

Blogging is a project, and so are other works you set your hands on. You need to learn to create deadlines and ship it in time. For me, blogging is not about ‘Post when you want to’ or ‘Post when you have something interesting thing to say’, it’s about posting on a schedule.

It turns passive project into active project which takes it to a whole new level.

Deadlines are often despised because estimation is never perfect and nobody enjoys pressure, but truth is that pressure is often required to get anything done.

It teaches us to move forward and ship it in time.

I want to make my posts perfect, but I won’t. I have been stuck on ‘perfectionism’ for a long time, and every time I get stuck, I don’t move forward. I feel demotivated to work when my work isn’t perfect.

I’ve failed on many niche because I tried to make my work perfect. You go a long way to try and make a simple set of work perfect, but eventually with loads of other things along the way, you’ll lose motivation to work on it because it starts to feel overwhelming. It takes around 10,000 hours for you to be perfect on a set of skill according to Malcolm Gladwell.

Completing work matters more than making it perfect. I really want to make this post perfect – keep good sub-headings, align everything perfectly and all. But it’s not about perfectionism. It’s about getting my voice heard, with whatever I have written.

Instead of trying to make it a absolute master-piece, it’s better to put it out and get feedback along the way.

I want to be so perfect at times that I re-write e-mails for days, until I’m satisfied with it. I want to remove that habit and establish a habit to send e-mails right away, instead of trying to make it perfect.

Not everything in life needs to be perfect. For some things, like big goals, eventual perfection is a good goal, but the individual tasks that make up progress towards that goal should often be completed to a nine out of ten. My blog is important to me, but I don’t think I’ve ever written a blog post that was a ten out of ten. I shoot for a nine, and of course fall short quite often. But what would happen if I said “ten or bust”? Well, for one, there wouldn’t be many blog posts here. I might be capable of writing a ten, but it would probably take me ten hours. I can write a nine in half an hour or less. If I had to spend ten hours on a single post, I would probably post once or twice a month instead of eight times. What’s better for readers– eight nines or one or two tens? I guess it’s subjective, but I’d take the nines from anyone I read.

Kill the perfectionist inside yourself and start shipping your work. You’ll progress much faster.