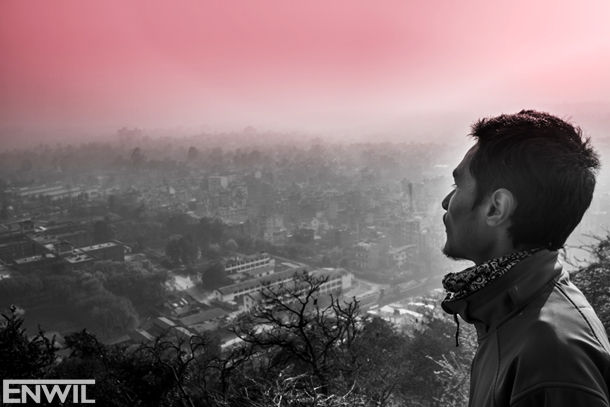 For example: I was finding it pretty hard to write new posts because I had covered most of the topics in my head. I started to read other’s post for inspiration to write, so that I could cover the same topic in a different way.

But everything that came from inspiration was not my idea. It was somebody else’s idea, which limited the originality of my work.

I used to take inspiration from myself and it used to be relatively easy to write, compared to covering other people’s ideas.

I used to think about myself and take inspiration from it. One of such post is Death as Motivation. That was one of the first post when I started writing. I was motivated to work everyday because of death. I knew I would die and didn’t have enough time. So, I started working on something to create an impact. As soon as this thought came to me I started writing. But, nowadays I have been pretty much neglecting my own thought. It’s because I am influenced by others work – which is bad in a way.

Actually, it’s good that we get influenced by others work when we hit the writers block and work hard to create our own stuff. It helps us flow on our momentum, which is the basis of creation.

I might search for a topic to write about through others blog post, but I will have hard time writing about it, because that’s not my original idea. If you want to sound genuine and real, you need to search for your own influence in life. It also makes it easy for us to write or create genuine products because we don’t have to think from the perspective of influence. We can just think about ourselves and write it.

If you just think about yourself and your life, you will find many influence.

Not only writing, there are many stuffs like painting, music, art, programming, which needs more original work. Taking some time to realize it will help us create many different stuffs.

I just tried making a video of my new year 2070 trip to Bhaktapur and it came out really bad – not what I expected. It doesn’t flow naturally. Anyway, It’s below if you’d consider watching it.