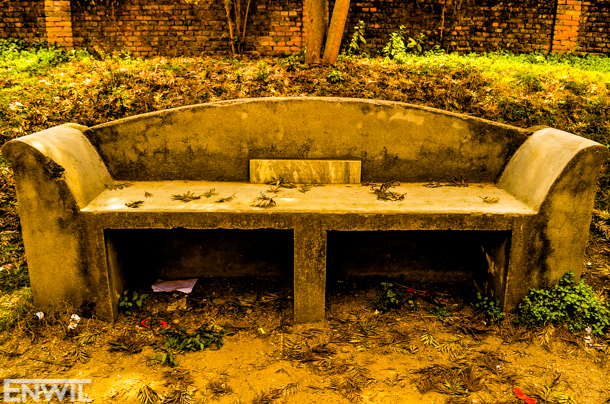 Park Seat at UN Park. It would be a perfect place for writing.

After trying numerous programs and adopting different workflows, I’ve come closer to figuring out my best work flow for writing. I’ve used many software, implemented many suggestions and tried different workflows. I was never comfortable with any workflows that other’s recommended. It was partly because I had different writing behavior.

First of all, I tried figuring out perfect software for writing. I researched and downloaded some text editor for writing. As it turned out I didn’t write well at them. It was not because the text editor was bad, it was my mentality which made it impossible to write. I was convinced, some how, that a good text editor will make me write better. But my assumption was wrong. We can write even in a simple notepad if we have stuffs to write. We need to have a good creative energy, not a good text editor, even though it helps in a way. So, I figured out that I had wrong mindset. It doesn’t matter where you write unless you use your creative force and write.

Some of the text editor I used are: Dark Room, Write Monkey, Notepad++, Scrivener, Zen Writer, Evernote and ResophNotes. I first started writing on notepad because I didn’t have any other text editor to write on. I developed this feeling that good text editor is a must for a good writer, but it didn’t help because there was no difference in my writing even after switching to numerous other text editor. I started searching for text-editor and I found Dark Room for the first time. It was my default text-editor for some time but it didn’t last long because I was not comfortable with it’s interface. I wanted a text-editor where I could store and keep logs of my writing. I also didn’t want very rich text editor, which would distract me. So I switched to Write Monkey and much to my dissappoitment, it had the same interface as that of Dark Room. I immediately deleted it.

Along the way, I was concerned about my writing. I was particularly concerned on what to write and how to write better. There was only one way to improve my writing, that was by writing a lot. Steven King also gives us the same advice, “If you want to be a writer, you must do two things above all others: read a lot and write a lot.” So, I had to start writing, and it was no easy task. I needed to keep logs of all the post I had written and write for the blog. One reason why I love ResophNotes is because we can keep logs of all our writing at the left side of the screen and write at right side of the screen. It’s convinient and minimal. Scrivener also has the same interface but lots of clutter. If I’d be writing a book then Scrivener would be the perfect choice. But for everyday writing and keeping logs of my posts, ResophNotes is the best.

I keep only the better posts worth publishing in ResophNotes, everything else is logged in Evernote. I use Evernote for archiving everything. Archiving my posts, my bookmarks, my finances, etc. It’s good for a reason. I like to use stuffs which is good for some particular reason. For example: Evernote is good for archiving stuffs, ResophNotes for writing, Facebook for Social Networking, Youtube for Video. I’ve written something along those line sometime ago, called Good at one thing. Which means that there’s a specific purpose for everything, and if we try to defy it’s purpose then the outcome will be bad.

What I basically started to do was to write 750 words of free writing and then creating it a blog post. It didn’t work because I wouldn’t write more than 750 words two times a day. I would only have mind dumped 750 words free writing, which wasn’t worth publishing on the blog. So, I had to think of something which would help me write a blog post along with 750 words. So, I started picking up a topic and writing 750 words about it. Sometimes it goes well, and sometimes I struggle to write. And now I don’t force myself to write 750 words. It might end in 400 or 800. Anything is fine but I target 750.

Basically what I do is, I write 750 words and then log it. If it’s worth publishing then I’ll edit it or else I’ll let it stay as it is. That’s how I have been writing till now. May change it later since I’ll be experimenting different stuffs that might work.