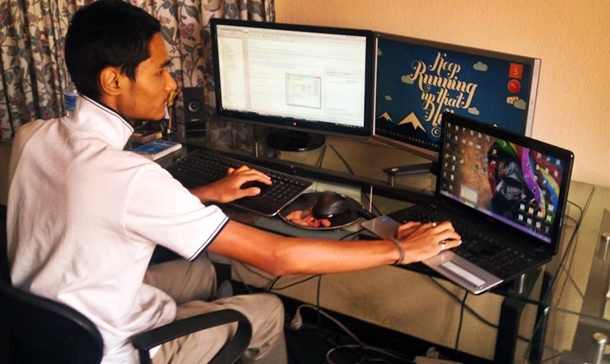 For example: Recently Jeff goins wrote that he can now write effortlessly and the reason he was able to do that was because he started writing everyday – even when he didn’t feel like writing at all.

I used to play basketball during my school days. I loved playing basketball but sometimes it was just too boring. During times I left playing it and I couldn’t get better at it. I was playing it just for fun.

If we only trained when we felt like training then there would be very less chance for us to reach the finals. We wouldn’t have been better in anyway.

Training while we didn’t feel like training, helped us get better at it.

So, you have to work on your skill set everyday, even if you don’t feel like working at all.
That way you’ll succeed at what you’re doing, or at least get closer to what you want to achieve.