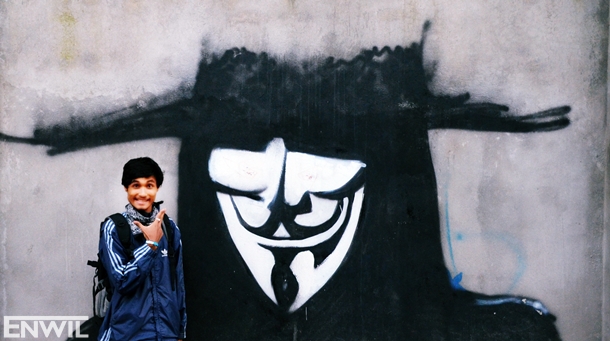 Whenever we put our work out for public to see, we try and keep the best ones. But is it really necessary that we keep only our best works out for the public to see?

There are two approach you can take while keeping your work out for general public. Either you can showcase all of your work, or you only show your best work.

Usually people like and keep their best work for others to see. If you’re a painter, for example, you might just showcase your best paintings to the public and keep the bad ones with yourself.

The primary reason most people only like to showcase their best work is because they don’t want to get that ‘bad impression’ from others for their low quality work. If you just keep your best work out there, people will think of you as a great artist or great author or great singer or ……… whatever.

Most people do this to protect their ego and maintain self-esteem. If you don’t have any average works to show then people will look upon you as an expert on your field of work. Most people  don’t want to miss out on that.

After spending lots of time trying to figure out what works better, I’m slightly in favor of keeping all your works out for public, even if it’s painful at the beginning.

The biggest problem in just keeping your best work out there is that, you simple won’t know which of your work is the best. You’ll conclude it within your own set of reason. A child might, for example, pick one of his painting which he thinks is the best. But that painting will be below average for professionals. The child will pick his best painting with his belief. And his belief and reality is completely different.

Sebastian Marshall puts it perfectly, ”You’re going to be a bad judge of how good your own stuff is, especially if it’s creative work. Don’t put out anything wrong or terrible or lazy, but if something is okay and you gave it your best, put it out. People might like it, or might not, but you probably won’t be able to know in advance.”

Everybody will not view our work in the same way as we do. They have different set of belief’s and different way of viewing stuff.

In fact, your work which you label as below average might be really great for some other people – you never know.

Another advantage in showcasing all your work is that you get comments and reviews to make it better and improve yourself or your craft. Getting feedback and comments is very important if you want to succeed at something. If you keep hiding your average work then there won’t be much comments and feedback from people, which you could use to improve yourself.

There are lots of blog posts which I wrote in spur of a moment and got lots of hits. One of those post is Lessons from Aghori Baba: Why it’s dangerous to know your future. Other being, Maintenance Mode and Hard Rule. I never wrote that to gain lots of traffic. I typed that in spur of a moment and later lots of people liked it. And also, I got lots of readers from that particular article. I’m probably in the first page of google for “aghori baba” keyword search.

While writing that particular blog post, if you had asked me about the quality, then I’d label it as average or poor, but people didn’t think it was poor or bad. Instead they thought it was really awesome. And many people thanked me for writing it.

So, instead of hiding all your works, showcase them all and learn through feed backs and comments. And you never know if it’s great or not.

More than any of it, keeping your low quality work shows your honesty. Everybody knows you need to start at some point. You won’t be a perfectionist overnight. so, when you keep out all of your work, you’re trusted more than people who don’t show their work.

It looks like your’e hiding something when you try and showcase only your best works.

This leads to, education for the public. when you put out all your work out, people will get to see your mistakes and learn from it. That way you’re making their life easier, at least in a small way. So, next time when they’ll want to work on the same skill set, they won’t make the same mistake as you did.

Therefore, Instead of hiding your average works, showcase them all. That will benefit and build trust faster than just showcasing only your best works.