The whole operation swatantra was a great experience. I enjoyed these two months of Operation swatantra 10x times more than my school or college. This was a dream come true.  Working and learning from Niall will  be one of the greatest experience I ever had.  We started Operation Swatantra on Friday the 13th of July and had planned to end it on 15th of September. It worked out as we thought and planned.

Niall will be leaving Nepal on 16th of September. If you don’t know who he is then, Niall Doherty quit his job in 2010 and gave himself a challenge — to spend four years travelling the world without flying. He is also a freelance article writer for Irish examiner. He even hopes to make it to Brazil for the 2014 World Cup. Since Sri Lanka lies on his way to Thailand,  he might as well make it for the Finals of T-20 Cricket World Cup. En route, He’ll be launching his first book entitled Disrupting the Rabblement. If you want to follow his adventures then you can check out his blog. 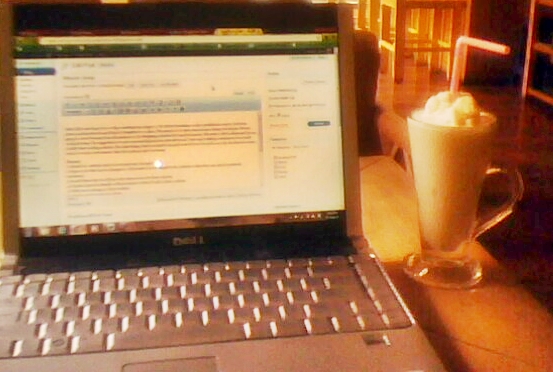 First few days of operation swatantra was kind of overwhelming but later we started to enjoy because we were tackling real projects. The best thing about this project was that we were not only learning to design web pages but we were actually tackling real web design problems of clients.

Operation swatantra was not only about web design. It was also about productivity, excellence, self-discipline, client management, working with deadlines, going the extra mile, attention to detail, being honest with clients, being more productive and drinking ice cappuccino 😉

Niall used to outsource me his projects and I used to get it done before the deadline. That was the time when I learned most of the things about web design. You can visit my website service page to see all those works. 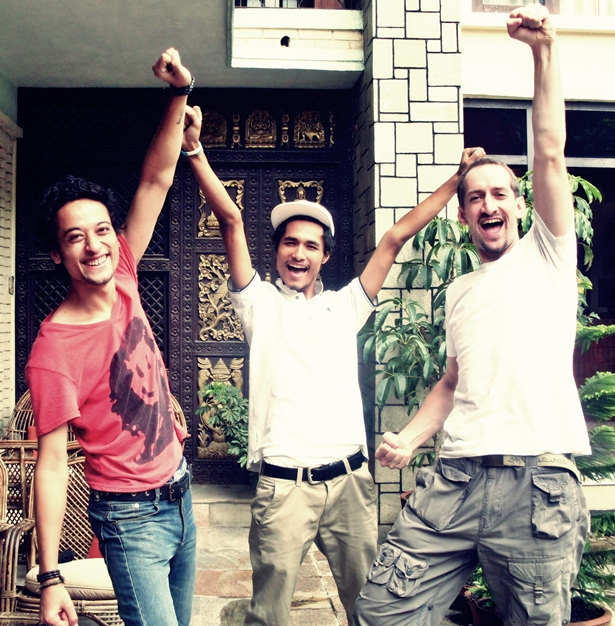 Before starting Operation Swatantra our goals looked something like this:

– Meet 2-3 times per week at a coffee shop and go through a few things.

– Teach someone else. Once per week, paying it forward.

– Figure out how to get paid online.

During Operation swatantra we worked for Clients outsourced by Niall and he used to pay us as we wished. Every week during Fridays Niall used to ask us how much we earned and then he used to pay us as much as we earned. For the past few weeks i’ve been working on different projects and we have been able to earn more than $10 doing web design every week.
Searching for Nepali clients was the hardest thing for us to do. Maybe we need to be more persistent than we are at the moment and i’ve learned that persistence eventually pays off.  But i’m happy with the results because we were no where near to earning $10/hr before.

We successfully met each other 3 times a week at The Coffee in Thamel. We went through few things and made sure that we learned new stuffs every time. I missed this session once when i was suffering from fever. Other than that, everything went as planned.

I don’t have time tracking software in my phone and it can’t be installed. So i installed a plugin in chrome through which i can track my time. Tracking time is really important because we need to make our clients clear about the time we need in order to finish their job.  Payments also depend on time. So, Tracking time is really important for getting things done.  The plugin I use for chrome is called Task Timer.

I couldn’t teach from the base with in depth knowledge but yes i tried paying it forward by teaching to some of my friends. I’m also trying to help others through email.
I’m still working on this part even thought some of it is already done. It was hard to teach someone else while we were so busy into designing web pages ourselves.

PayNepal, Moneybookers, AlertPay and all other money processor. The biggest problem is that we can’t use PayPal in Nepal. We need to provide SWIFT code of our banks to MoneyBookers and then they will link their account to our Nepali bank account. That way you can get paid in Nepal.
I haven’t used any of these but there are people who use these services and it works.

Don’t Make Me Think is a book by Steve Krug about human-computer interaction and web usability and it’s the best book to read if you are planning to be a designer. This book was recommended to me by Niall and now i recommend it to anyone who wants to work on web design.
I read this book and figured out common mistakes designers make while designing web sites. This book is really awesome. 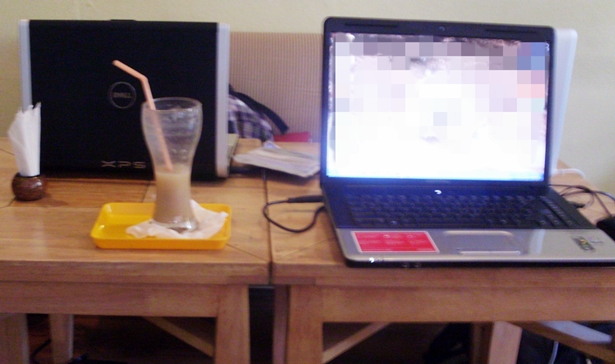 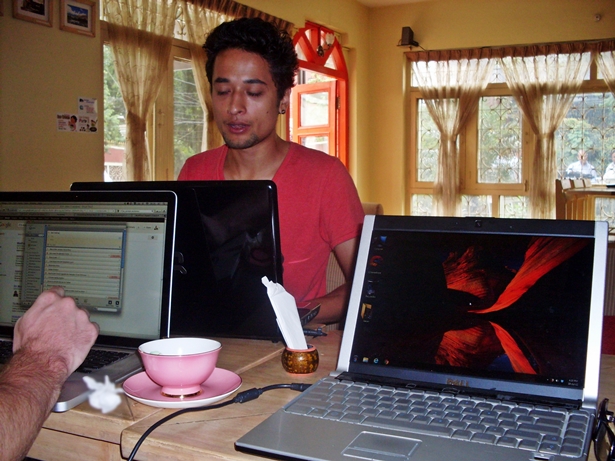 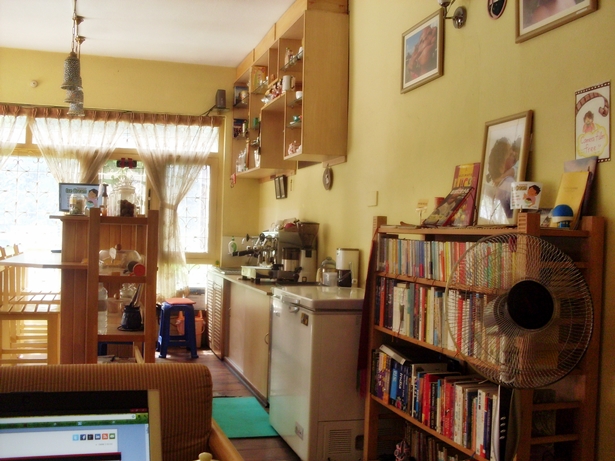 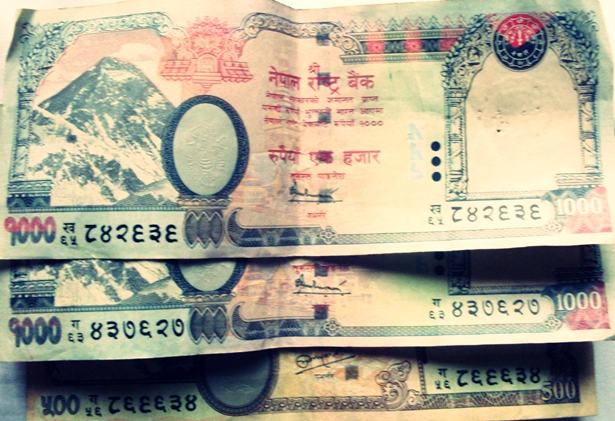 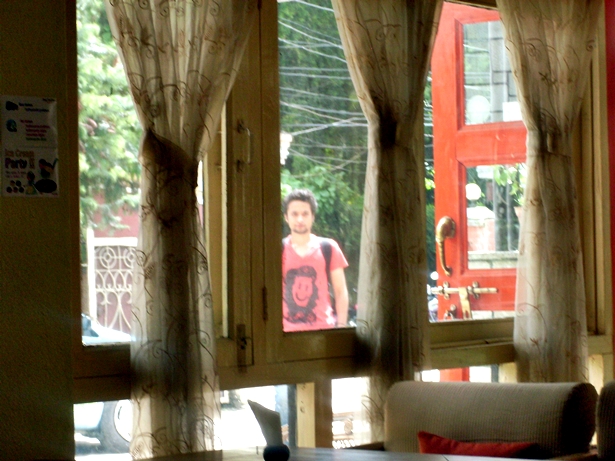 Niall’s hourly chime rings at 2 O clock and this is Niraj arriving exactly on time. 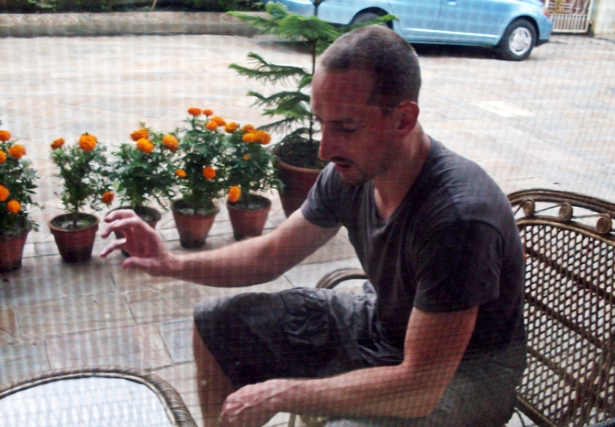 Niall talking for his Video Blog 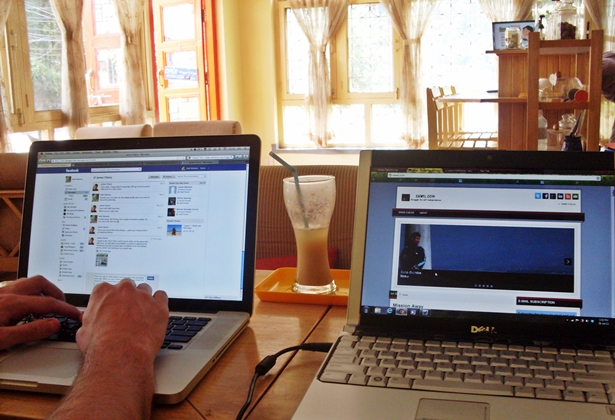 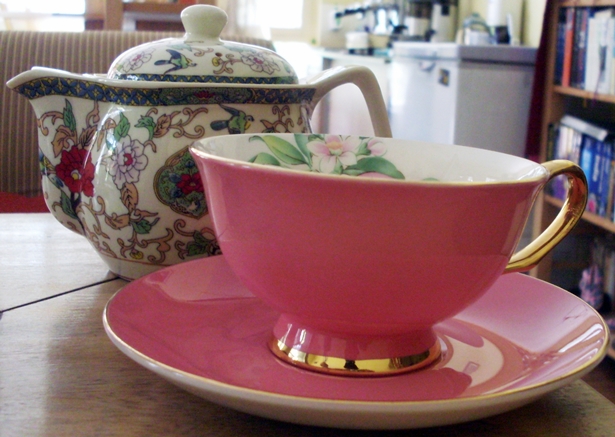 Green Tea from The Coffee 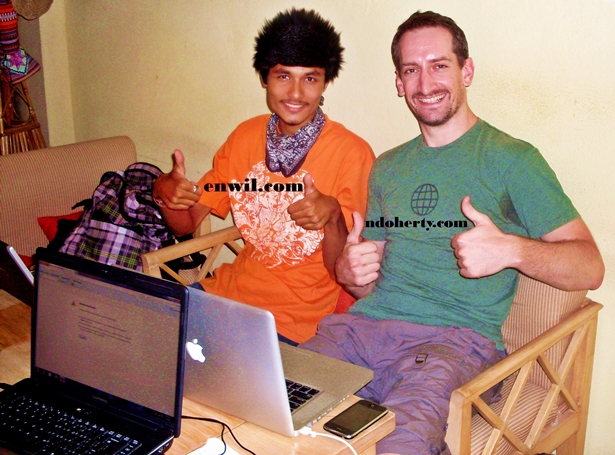 Enwil and Niall during Operation Swatantra

We all worked as a team and the challenging, fun and exciting operation finally ends.

After celebrating the victory of Operation Swatantra Niraj and Niall left The Coffee. Later while I was moving out from there Mac nods his head, smiles and wishes me luck knowing we won’t be there to bother him for ice cappuccino anymore.