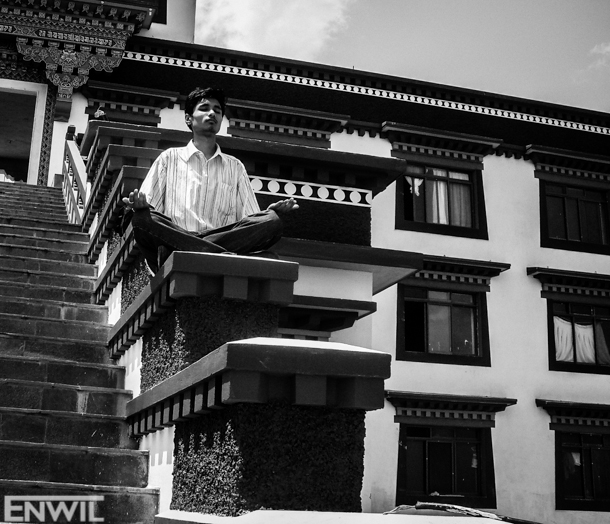 The reason is, I recently read that meditating for at least 5 minutes in the morning helps to increase willpower and focusing capacity.

So, I gave it a try. Meditating for 5 minutes in the morning as soon as I wake up. I didn’t see any benefits for some time. But, I know it’s accumulating and help me in the long run.

It was from the book, “The Willpower Instinct

But the problem was that whenever I tried to not focus on anything, my mind started focusing on everything.

My mind wanders around the whole world and brings up stuffs which are irrelevant from any point of view. I was sure that it was doing no good for me.

However, after researching for some time I came to figure out that it’s fine to wander around while meditating. The whole experience in meditating should come from analyzing deep to anything that comes on your mind.

But, I wasn’t sure of that because I had previously heard that you should only focus on your breadth and nothing else. Every thing that comes in your mind should be kicked out while meditating.

My primary goal on meditation was to be on a blank state of mind for at least 5 minutes. It’s sounds plausible and easily doable. I thought it wouldn’t be of a big deal for me.

But I was wrong. I couldn’t even stay without thinking anything for 2 minutes after I close my eyes. My mind keeps on wandering about irrelevant stuffs.

In a way, I was meditating in the worst possible way. I wasn’t in blank state, nor was I in deep observation state. I was just wandering about irrelevant stuffs. One thought goes away and other pops up.

I thought of doing something that would help me focus only on one element at a time. So, I started to sit in very difficult posture, the ‘thunderbolt’ posture. My feet would pain as soon as I started staying in that posture.

After implementing it, I couldn’t think of anything except my feet. It would pain so bad that my brain wouldn’t be able to think about anything else.

Hence, I could finally stay in a state of mind where my mind wouldn’t wander mindlessly.

Pain helped me focus on one particular subject.

In the same way, I make it really hard for myself and use pain as a tool when I have to focus on something really important. Our mind keeps wandering and thinks about irrelevant stuffs which wouldn’t help us in anyway.

Hence, it’s a good idea to use pain as a tool for focus, so that your mind doesn’t wander about irrelevant stuffs.