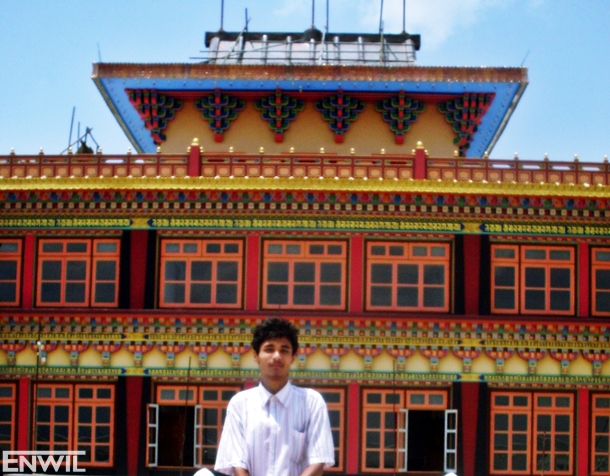 I had a friend who used to believe in horoscope, but he was poor at English, so he couldn’t comprehend it.

We have lots of newspaper that publish daily horoscope. He used to believe in only one particular newspaper for horoscope.

Since he was poor at English and couldn’t comprehend it in a proper way, he used to ask me to comprehend his horoscope.

If he couldn’t find me in person, he used to call me, just for his horoscope.

I found it pretty hilarious at the beginning. I had no idea why he took his horoscope of that particular newspaper by heart.

He used to keep a set of goals for the day and ask me to comprehend his horoscope. If his horoscope had positive vibe then he would work on it. If not, he would leave it for the next day.

After I comprehend his horoscope, he used to ask me questions like, “I’m about to go shopping today, is it a good day to purchase clothes according to my horoscope?”, “My friend is angry with me, is it a good day for me to talk with him?”

What a douche bag! He used to take my advice by heart and worked only after I signal him a green light.

This thing went on for sometime.

He used to reach me early morning with his newspaper and ask me to comprehend his horoscope. I used to comprehend him everything that was written. And he used to ask me if it was a good day to perform certain tasks.

So one day, I thought of experimenting him. I wanted to check if the horoscope really made difference in his day.

After that day, I started telling him everything the exact opposite. If he had good horoscope, I would tell him something bad would happen, and vice versa.

After this experiment, I figured out that it’s not the horoscope that really mattered. It was his belief for the horoscope that affected the outcome. If you believe something to be true by heart, then you’ll get results along that line.

Here’s another good thought provoking quote from Chuck Palahniuk along those line:

“The unreal is more powerful than the real. Because nothing is as perfect as you can imagine it. Because its only intangible ideas, concepts, beliefs, fantasies that last. Stone crumbles. Wood rots. People, well, they die. But things as fragile as a thought, a dream, a legend, they can go on and on. If you can change the way people think. The way they see themselves. The way they see the world. You can change the way people live their lives. That’s the only lasting thing you can create.”
― Chuck Palahniuk, Choke

It’s same for all of us.

It’s actually not the day that’s good or bad. It’s your feeling for the day that makes a day good or bad. For some people, basic needs like food might make them happy and thus they comprehend as a good day. For some, they’ll need to have fulfilled expensive wishes.

So, if you believe you’ll have a good day, you’ll comprehend the day in terms of your belief. You’ll start to see good stuffs in the mist of bad ones.

Your belief has some share in outcome of life.

If some crazy guys didn’t believe that we could fly in the air through the plane, then we wouldn’t be able to fly.

If you believe deep inside your heart that something will happen, chances are, it will.