I have learned a whole lot of philosophies, techniques and teachings from books, essays and posts written by lots of specialists in their specific fields.

I live by their principles and writings after I read their books or articles. But, it eventually fades away. I slowly start to move towards my own rules and way of living my life.

I have my own values and set of rules/philosophies before I read their writings. Which means I’m only living by their way for sometime after I read their books.

Their way of living takes us closer to success, no doubt. The very reason why they were successful was because they lived their life with the rule they advocate. They were living an authentic life.

For example, take Benjamin Franklin’s rules. He had a set of rule to live his life. He lived his life using those set of rules. He became successful — of course it depends on how you define success. 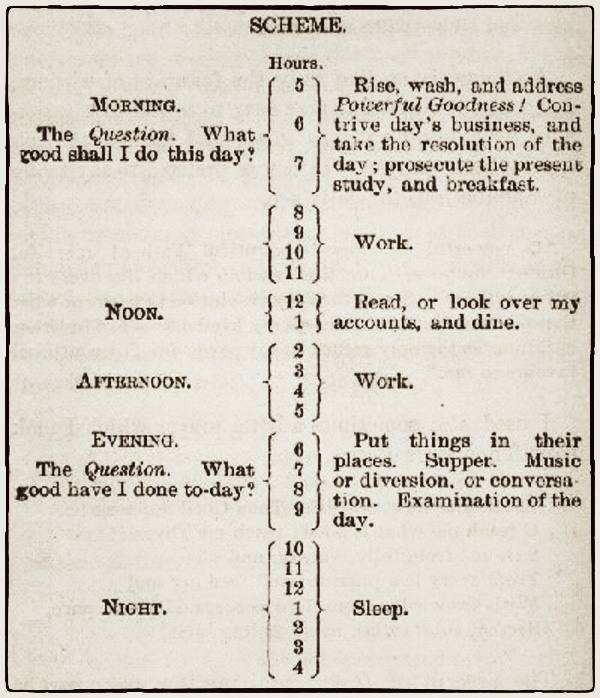 However, it doesn’t last much. We do it for some days or weeks, and eventually something new pops up. It eventually fades away.

When I read that we need to love work, I try and love work. During that period of time, I get lots of work done. I love my work.

I keep doing it until I read that we need to make time for ourselves and pursue our interests and hobbies, instead of working all the time.

And then, I kick out the belief that we need to love our work. Instead, I start to move away from work and try to make lots of time for myself.

Later, I read that we should work hard and shouldn’t seek reward for our work – we are entitled only to our work, not the reward. I then focus entirely on that philosophy.

While I read about Stoicism, I was focusing entirely on it. But now, I’ve stopped thinking like a Stoic.

I read Musashi and how you should leave everything behind to improve yourself. I was focusing entirely on improving myself by eating healthy, working hard, pushing myself forward and all, but now, I haven’t been doing it.

I’ve figured that I’m moving towards stuff that I read and inspires me during the initial time of reading it. After it fades away, I’m left with nothing. I’m left with my past self.

I realize that I haven’t been improving or sticking to principles and philosophies I read.

I’m trying to figure out how to make this work. Should I read books, write what I learned in my journals and live by occasionally reviewing it? or should I always ask myself if what I’m reading resonates with my already existing belief and take only that which I’m likely to stick to?

I think it’s better to perform both.

First while I read, I should ask myself if that philosophy or belief is going to help me move forward in terms of my already existing ideology or not.

For example, if I’m moving towards stoicism, I shouldn’t follow the hedonist principle of living, even if it appeals me. I usually get easily inspired by any philosophy without being able to critically think that every philosophy has a plus and minus point.

If, what I read has the ability to make my already existing rules/philosophies stronger instead of making a place for entirely new rule, then I’ll consider it. I will then have to write it somewhere so that I’ll get to review it from time to time.

If I don’t review, the effect will slowly fade away, as I’ve mentioned above. So, it’s important for me to write and review from time to time.

Hence, don’t take and live by every principles you read. You’ll never be able to live by them all. It’s important to have a coherent philosophy of life. If not, you’ll run into the above mentioned problem — you’ll get inspired by a set of principles after you read it, you then live by them, and then eventually the effect will fade away.

That will take you nowhere. Instead, try to live by them after reviewing so that it gets ingrained into your life. Review philosophies before living by them.