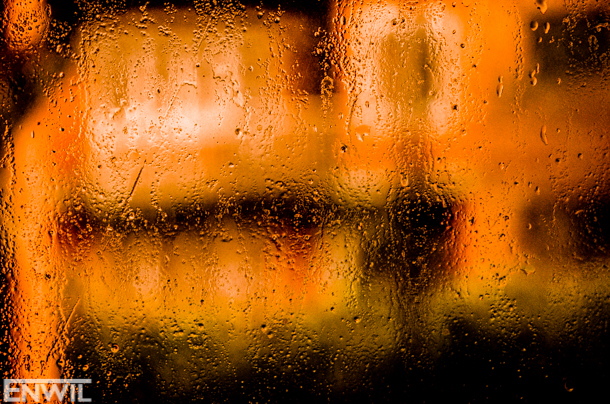 Joy and happiness are worth attaining if you don’t want to mislive your life. But it’s not easy to attain joy and happiness in our day to day life. There are many distractions and it constantly effects our state of mind. It takes us some techniques to be happy and live our life in joy. There are, indeed, many techniques which philosophers advocate. Among various techniques, one of them is to not participate in social hierarchy. It will reinvent your life and you’ll feel joy in almost everything. It saves your tranquility for longer period of time.

We humans, try to get better than others who live besides us. We constantly try to uplift ourselves either by buying new stuffs or belittling others effort. We want to be above others to satisfy our ego. For example: A woman might buy a new hand bag and show it to her friend explaining how expensive it is. That way she’ll be able to go one step further in the social hierarchy. She will try and show it to explain that it’s expensive than the one her friends are carrying. Since, this activity is most likely to take her friends down on social hierarchy, they are most likely to do two things above all: They might buy a new handbag expensive than hers to save their social hierarchy position or insult her by saying the bag doesn’t look as good as she thinks. They might even go one step further and explain why they wouldn’t buy the bag she just bought. As soon as they belittle her efforts to go on top of social hierarchy, which is obvious, she will feel a sting of insult. And insult hurts a lot. Her attempt to take herself to the top of social hierarchy will not work. Instead, she’ll feel insulted and it’ll hurt her really bad.

If you look closely at this phenomenon, it’s nothing more than a verbal war between two person to save their social hierarchy position. Anyone who participates for social hierarchy won’t have a good life, at least in terms of joy and happiness. What does this have to do with life? Does this effect the way we live life? No. Does this help us not regret our life? No. It only degrades our society and creates conflict between people.

It is no measure of health to be well adjusted to a profoundly sick society.
-Jiddu Krishnamurti

All of us make mistake by thinking that living in social hierarchy is the way of life. They think, for us to be successful in life, we need to participate and reach to the top of social hierarchy. Which is wrong as I’ve pointed out.

This is the way we’ve been living all our life. It’s solely not your fault though. It’s the fault of the society itself. But how did our society take this characteristic into consideration?

Even though participation in social hierarchy is not necessary in this era of time, it was back then. Social hierarchy was important when the human species were evolving. For example: A person on stone age was likely to survive if he stayed in a group. They were less likely to be killed by animals. They were also less likely to die of hunger because they would be on group and it would help them share foods and other essential resources.

But the person who would live alone had danger of many uncertainties. Animals were more likely to kill them if they weren’t brave enough to defend themselves. If they couldn’t find food for a long time then they’d die of hunger. There were various other uncertainties that make it hard for a person to live alone during ancient time. Most of our ancestors who didn’t participate in social hierarchy were more likely to die.

In this era, you will have numerous other advantage over a person who participates in social hierarchy. A person who participates in social hierarchy needs to constantly impress others. If he can’t impress or belittle others effort then it will effect his tranquility. Moreover, he will have to face various insults of others in their attempt to belittle his effort. He is also more likely to waste more time and money for things others really don’t care about and things which doesn’t help him live a joyful life.

If we can remove ourselves from social hierarchy then we’ll be able to eliminate worry from our life. Specifically, worry about our social status. If we don’t care then we’ll be happy and can feel joy from day to day experience.

This can also work in other numerous ways.
For example: I might be a great painter. And to save my tranquility I might not take part in any painting competition. It’s because I will not have to save my status of being the greatest painter. If I win that competition then, I’ll have to work for it. I’ll have to save my title and if I won’t be able to do so, It’ll hurt me. People won’t look upon me as the greatest painter. So, by not participating in the competition I’m staying happy and indirectly saving myself.

Again, creating value to the world shouldn’t be our main focus if you want to preserve your tranquility. It works the same way as social status. If you try and create value to the world and won’t be able to create it then you’ll be very disappointed. So, your focus should be to enjoy life and do what you like.

If you can do that then creating value to this world will come itself. You won’t have to work for it, it’s automatic.

Facebook was not created by Mark Zukerberg thinking about making it a huge company. He started just to help Harvard University students. After that, they found it really valuable and it started to flow. If he had created it trying to make it a huge company, it would have failed. Because he wouldn’t be able to generate good and valuable ideas in the first place.

In the same way, you should think of enjoying your life and working on what you like. Value will come itself. Startup ideas don’t come to you when you think about it.

You can’t simply give Buddha nobel peace prize. There’s no limit to his greatness. Since, Obama also got a novel peace prize, can we compare or limit Buddha with Obama? No way.

Gautam Buddha is beyond comparison.

That’s why, it’s very important to go beyond competition. It has many advantages. You will be able to save your tranquility, since you won’t have to worry about your status or position, and most importantly you’ll be able to live your life in full joy and happiness.

In short, Insult hurts us when we participate in social hierarchy.

I read about social hierarchy going through some of the excerpts and essays from William B. Irvine’s new book. His book “A Slap in the Face: Why Insults Hurt–And Why They Shouldn’t

” has in depth detail of everything we need to consider for living a joyful life.

I took above photo of a window while it rained. I use that as my secondary wallpaper. Some of my friends said  it works great for wallpaper. If you want it then here’s then click here for high resolution.