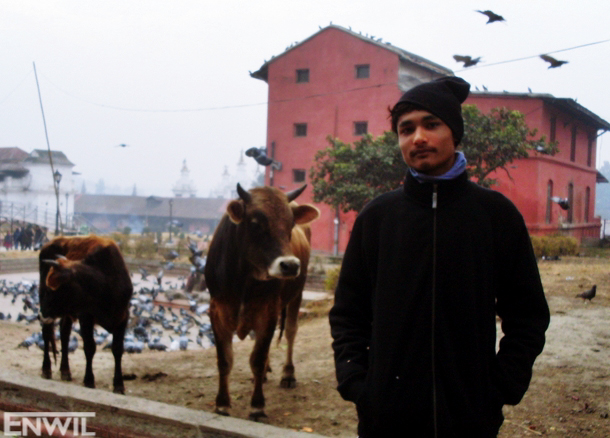 I’ve been able to write everyday for more than a month. I was building the pace. But it dropped as soon as I got sick. I didn’t write for more than a week while I was sick. And now, I have to struggle to write everyday. It’s like an uphill battle at the moment. So it brings a pretty good factor of habit and consistency. Writing was not my habit – even though I thought it was. If it was then I would have written when I was sick, but I didn’t. That means I was in the consistency stage. Only after being consistent and persistence at something, you can make it a habit. So, the consistency is the hard part. You can easily do some stuffs you don’t like for a day or two but try and do it for a month and you won’t make it. That brings us to the conclusion that you should never miss out anything while you do it. If you do something everyday then there’s high chance you’ll do it the next day, but if you miss out one day, then you don’t feel like doing it. That’s the magic of everyday. While you work everyday, work doesn’t feel like work because you are already doing it. It comes automatically. You won’t have a feeling like you are doing work because you are already doing it. The same used to happen when I used to write. I used to write everyday and it used to flow easily every next day but after I stopped writing, it became an uphill battle. It’s so hard to write after you stop writing for someday.

In the same way, my brain also tried to procrastinate while I was trying to be consistent. It hates writing because I’m yet to make it a habit. I did love writing sometime while I was writing everyday but now it has fallen because I’ve stopped writing. Consistency is the hard part and I failed at it. If you can become consistent in your work or new habits you’re trying to set, then success is guaranteed. It brings us to the next question.

How to be consistent?

Example of expanding your comfort zone while meditating: When you’re meditating and you feel like getting up, don’t; then when you feel the urge to get up a second time, don’t; and when you feel the urge to get up a third time, then get up. So you sit through the urge, the discomfort, twice before finally giving in the third time. This is a nice balance, so that you’re pushing your comfort zone a little. You can do this in exercise and many other activities — push a little. Pushing yourself while doing thing can make you stay consistent at stuffs you’re trying to work out on.

If you won’t do it today, then there’s high chance you won’t do it tomorrow. If you make excuse for today, you’ll have more excuses tomorrow. So don’t miss out your consistent work or else you’ll fall from your habit. Habit is really hard to set and if you can then it’s really easy to do it. But habit is always accompanied by consistency. Consistency always helps build your habit. If you can be consistent at something then you’ll slowly gain the momentum.

Don’t stop doing just because you are sick. If you are sick and can’t write at all, at least write 100 words, instead of 1,000. That way you are showing your consistency which will help you on your goals.